People seem to be telling you to put coconut oil in everything now, from your food to your hair. But can (and should) you be putting coconut oil in coffee? Actually, yes. This jack of all trades can boost your coffee game too. 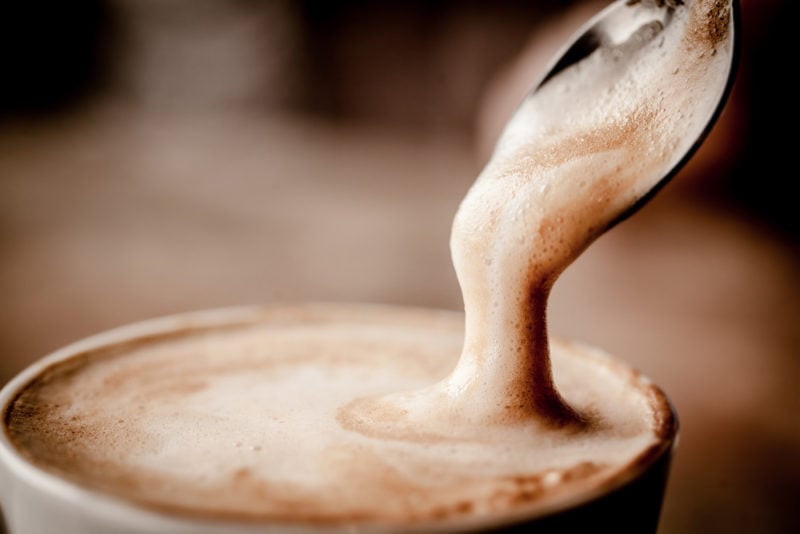 If you still need convincing, read on for 10 great reasons you should have coconut oil in your coffee!

The thing that makes coconut oil special is actually the kind of saturated fat it contains. Now, you may be under the impression that fats aren’t great for your health, but that’s not always the case.

There are good and bad fats. The latter are long-chain fatty acids and are widely understood to have a negative impact on your health. However, MCTs (medium-chain triacylglycerols) are the type found in coconut oil. And, shockingly enough, they’ve been linked to weigh loss instead of weight gain.

While you may not be able to drop 40 lbs from chugging a jar of this stuff, putting a bit into your coffee every once in awhile can have a positive affect on more than one part of your health. As always moderation is key!

Also, coconut oil has Lauric acid and ketones, both of which are known to have some pretty positive benefits and are. involved in several studies on health at the forefront of science right now. We’ll discuss where these fit in as we go!

10 Reasons It Should Be In Your Coffee

As coffee lovers, chances are you you can appreciate a nice boost of energy. While coconut oil doesn’t have caffeine the MCTs that we mentioned earlier have actually been shown to boost your energy levels. However, they do work a little differently.

Caffeine is a stimulant that gives you a quick boost of energy due to the release of things such as adrenaline. This creates a chain reaction where your heart beats faster, giving the rest of your body extra blood and triggering the release of sugars to provide even more energy. It also allows for more active brain function, hence the increased alertness.

On the other hand, the energy boost coming from coconut oil has to do with your metabolism. The fatty acids in coconut oil are absorbed significantly faster and through the liver, as opposed to long-chain vegetable oils.

As a result of how it is processed, the fats in coconut oil essentially skip the line and get used sooner by your body as fuel (ie. energy) rather than being stored in fat. Plus, the ketones in coconut oil may also improve mental alertness.

7 Things That Can Happen to Your Body in the Winter

20+ People Got What They Wanted, Even Though It Was Not Easy

10 Daily Habits That Are Causing Your Hair to Thin

Why You Shouldn’t Sleep in Warm Pajamas, Even in the Winter

8 Techniques to Get Rid of a Stiff Neck