There is no limit to the human spirit, we all know that, but is there anything that is practically unachievable? The same question was asked by the people when Montannah Kenney, a 7 year old girl and her mother decided to climb the tallest African mountain Kilimanjaro and shocked the entire world with their unbreakable spirit. Yes, you heard it right.

Two woman hailing from Texas, USA have been in news very recently when they performed the miraculous feat. In the honor of her father, this little girl climbed to the highest mountain in Africa facing all the problems, heavy rains, high altitudes and snow only to make her late father proud. Montannah Kenney have now became an inspiration for everyone. She broke all the restrictions about age, trained herself with the help of her mother for 4 to 8 hours and did a thing which is impossible for a 7 year old to imagine. So let’s know a little more about this little wonder. 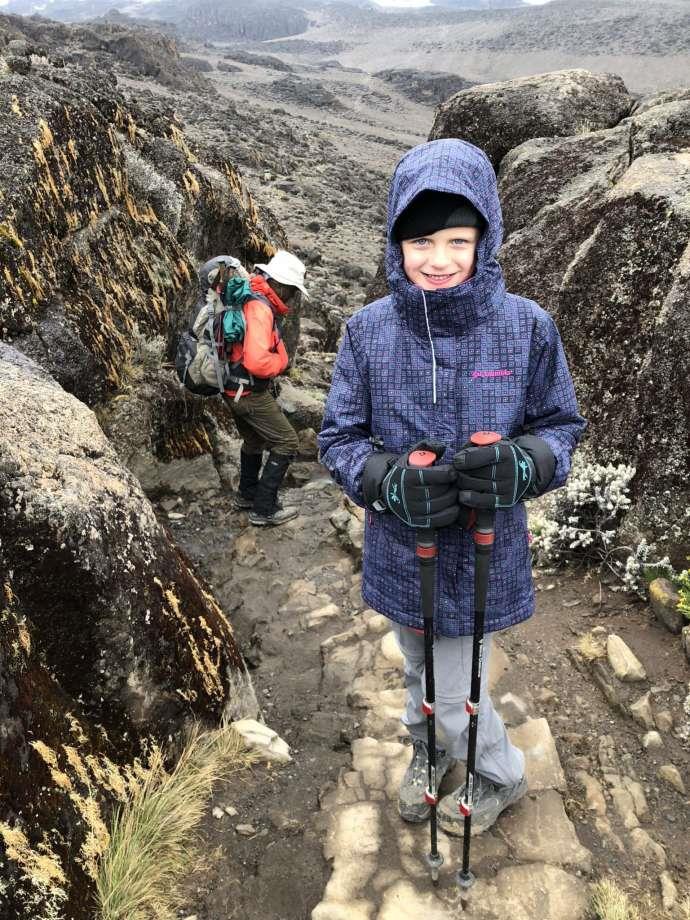 Montannah Kenney is a 7 year old brave little girl from Texas living with her mother Hollie Kenney. She lost her father when she was 3 years old little while after her birthday. She climbed the tallest mountain in Africa for being close to her father. She is a student of 2nd grade and climbed the mountain during her spring break with the help of her mother. When the other Children were spending their spring breaks in their house playing games and visiting their relatives, this girl was doing something untraditional. 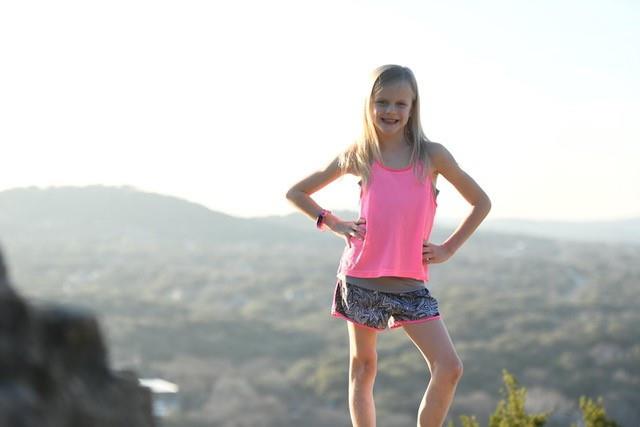 2Not only climbing, Montannah has some other talents as well

Climbing the mountains is only a part of her talent, this little girl has got some skills in swimming, running and basketball too. Her participating in these games helped her to getting prepared for the difficult trip by increasing the stamina and also made her strong and capable enough to climb a difficult height. 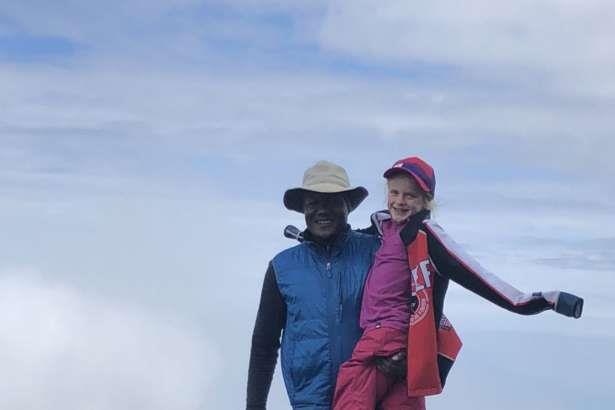 3What Montannah Kenney actually did?

In March 7, 2018 Montannah Kenney created history and became an inspiration for everyone. This little girl defeated the 19,341 ft. summit only in the span of 6 and a half days facing all the difficulties with the help of her mother. She faced high altitudes, long distances and very cold weather to climb the mountain. For a 7 year old all these things were tough but without losing against the circumstances she accomplished her goals. According to the magazine that keeps an account of climbs at mountain, Montannah is the youngest girl in the history to cover such distance in this age. 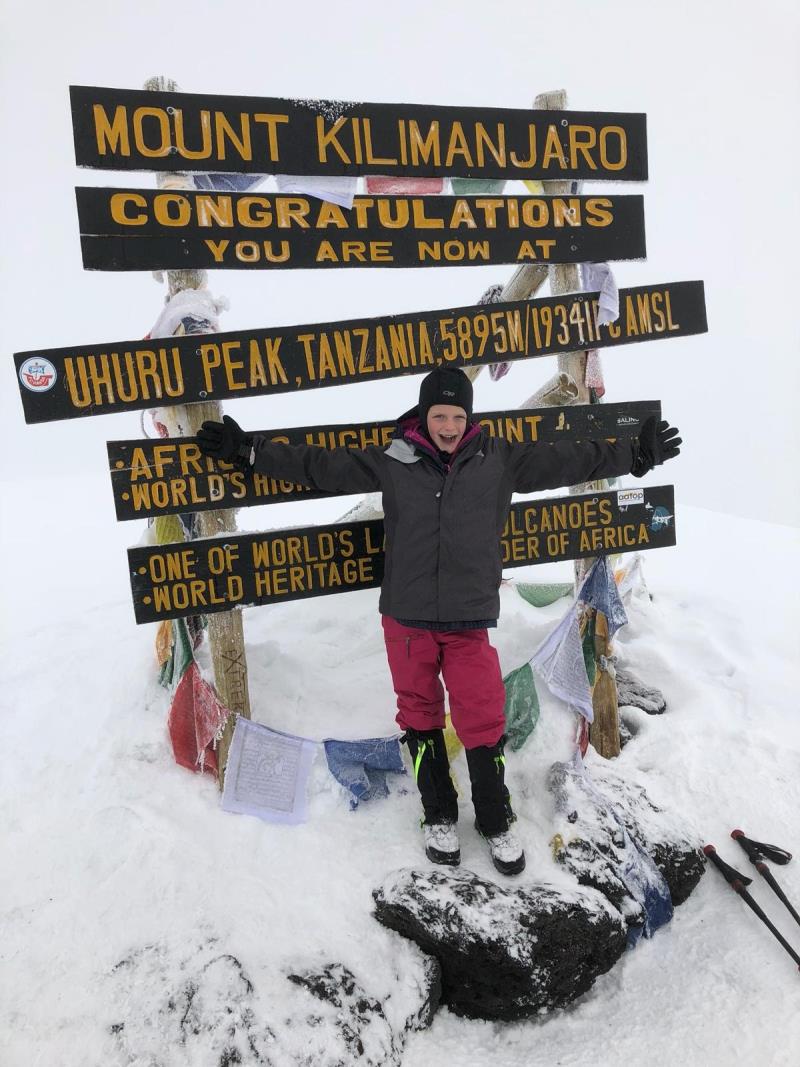 4What inspires her to climb mountain Kilimanjaro?

This journey to Mountain Kilimanjaro was much more than breaking a world record. Montannah’s inspiration to climb this huge mountain was her late father. She lost her father at a very young age and her mother, Hollie used to tell her that her father is in heaven, above the clouds. Mountains were very interesting to her because most of them are above clouds. She only wanted to go there to connect with her father. 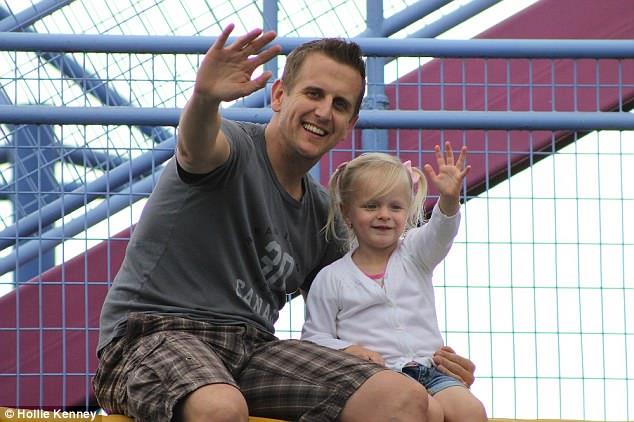 Hollie Kenney always supported her daughter in every situation. Without her mother, this achievement would be impossible for Montannah. Hollie is a professional triathlete and coach of her daughter. She trained Montannah for weeks before finally climbing the Mountain Kilimanjaro.

When Montannah came to her with the idea of summit the mountain with her, she refused first but her brave daughter was determined to do this. Instead of stopping her, Hollie encouraged her daughter only because her little daughter wants to say hello to her father above the clouds. She told that it was a very touching moment for her when they reached to the peak of Mount Kilimanjaro and Montannah blew kisses and wave hands to her father, so that he would hopefully see her and know that his family is there. 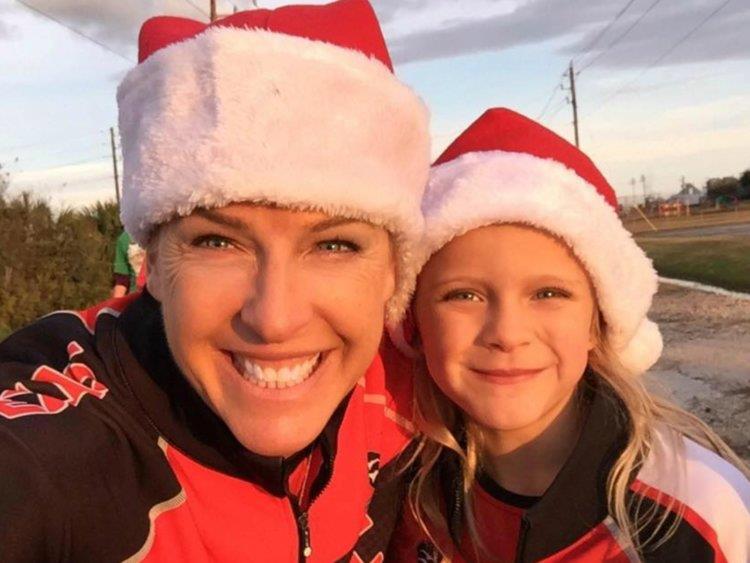 6Where the idea came from?

Hollie told that climbing the mountain was her daughter’s idea and she wanted to climb no matter what. Hollie was planning this trip with her elder sister but when her sister backed out, Montannah approaches her and told her that she wants to climb the mountain and Hollie was unable to say NO to her daughter. 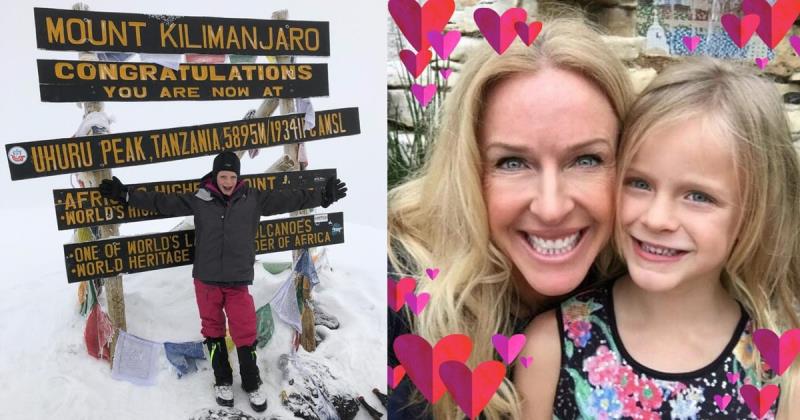 She started to get the training for this adventure a much before and get trained from her mother for 4 to 8 hours on every weekend. To increase her stamina she used to hike the shorter distances during school days. Her taking part in other sports was also beneficial for her. 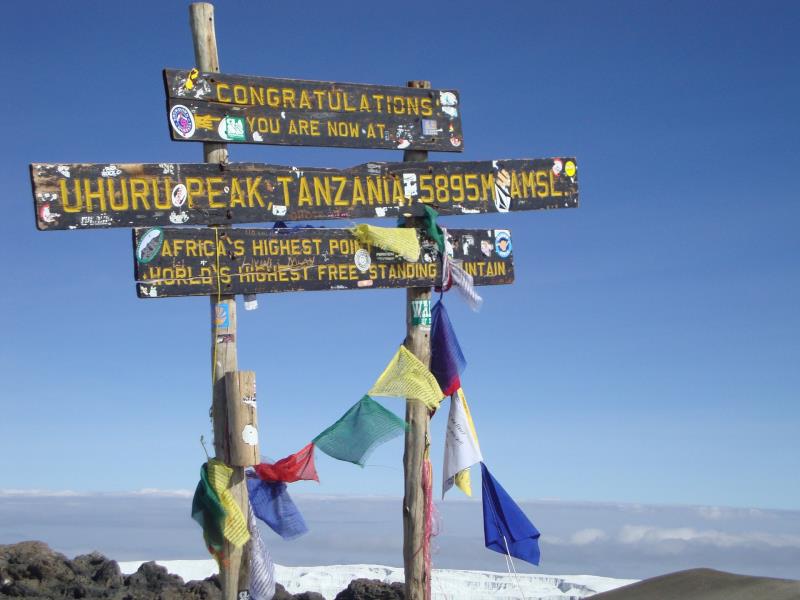 8Limitation of the age to climb the mountain

When they both finally decided to climb Mountain Kilimanjaro, Hollie begin the research to know about every aspect. And the very first limitation was the age of Montannah, as for climbing the mountain, the required age limit was 10. They both figured it out and received a date in 2019. But when the news of a 8-year-old climbing the heights of Kilimanjaro in July 2017 reached to them they fastened the process and employed a guide to climb the mountain in March, two months before Montannah’s eighth birthday.

9Other Obstacles in their way

They together faced the worst weather in 10 years on the mountain and still managed to finish this journey in 6 and ½ days. Hollie was not aware about the seriousness of weather and thought it was the normal weather of the mountain. But later when she contacted the Tanzania office they said that they have tolerated the worst weather. They didn’t know that the weather was that terrible and dealt with it. 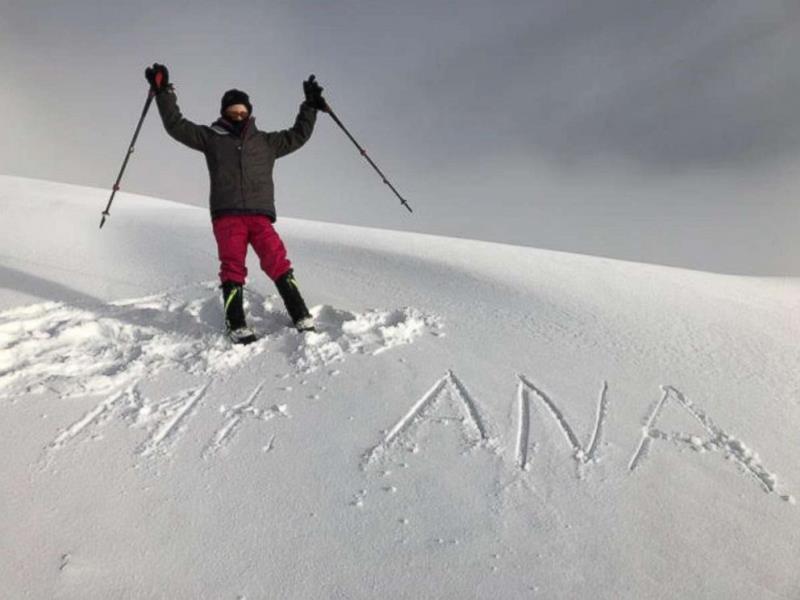 Irrespective of the fact that both the mother and daughter are trained triathletes, Holley Kenney made new plans with every possible cautions before starting the summit. She trained her daughter for months and before finally going to mountains she talked to doctor and ask them how Montannah can climb the mountain easily and was ready to stop the journey in between if Montannah experienced any sickness or other issues. But luckily Montannah didn’t feel any sickness and they achieved their target slowly and steadily. 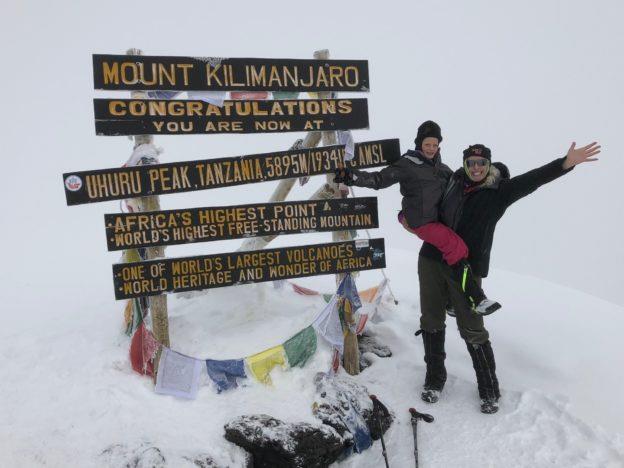 11Social motive behind this climbing

Montannah and Hollie created a Go Fund Me page that was dedicating to help those people who are passing through an EMDR therapy. Climbing that mountain was also an activity to raise money for Eye Movement desensitization and Reprocessing Therapy, which is a therapy to heal the trauma survivals. 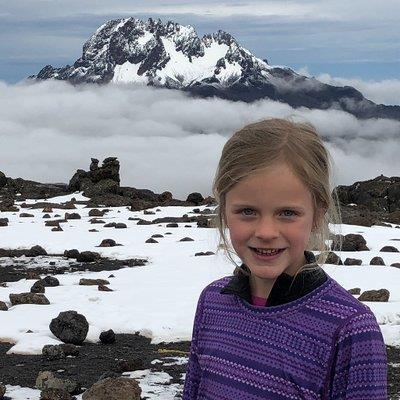 12The Idea of Raising Funds

The idea of raising funds for EMDR therapy came from Montannah’s Dad. Montannah’s father had just begin this EMDR therapy when he died. He was suffering from PTSD and was trying to heal himself by this therapy. This little girl even came with the idea to raise this money by her climbing to serve such social cause and honored this trip to her late father. 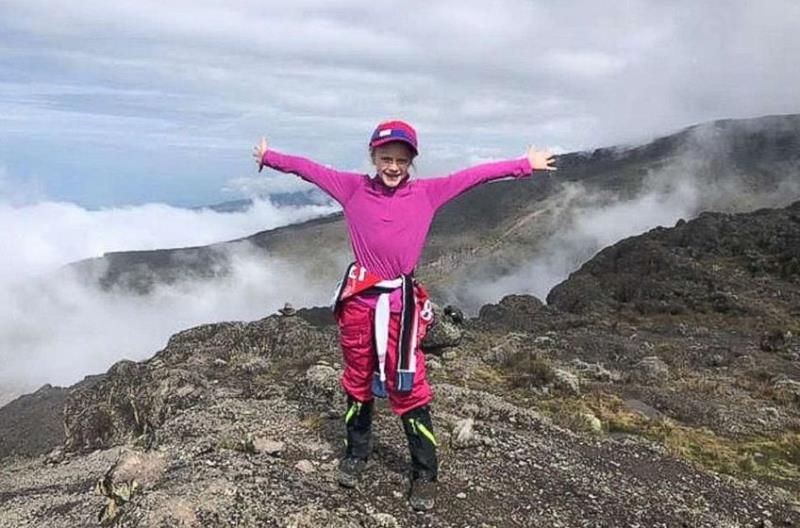 13She was not alone on the trip

When Montannah was covering the height of 19,341 ft. and defeating all the difficulties to reach her target, she was not alone. 20+ people were looking after her and supporting her in achieving her target. 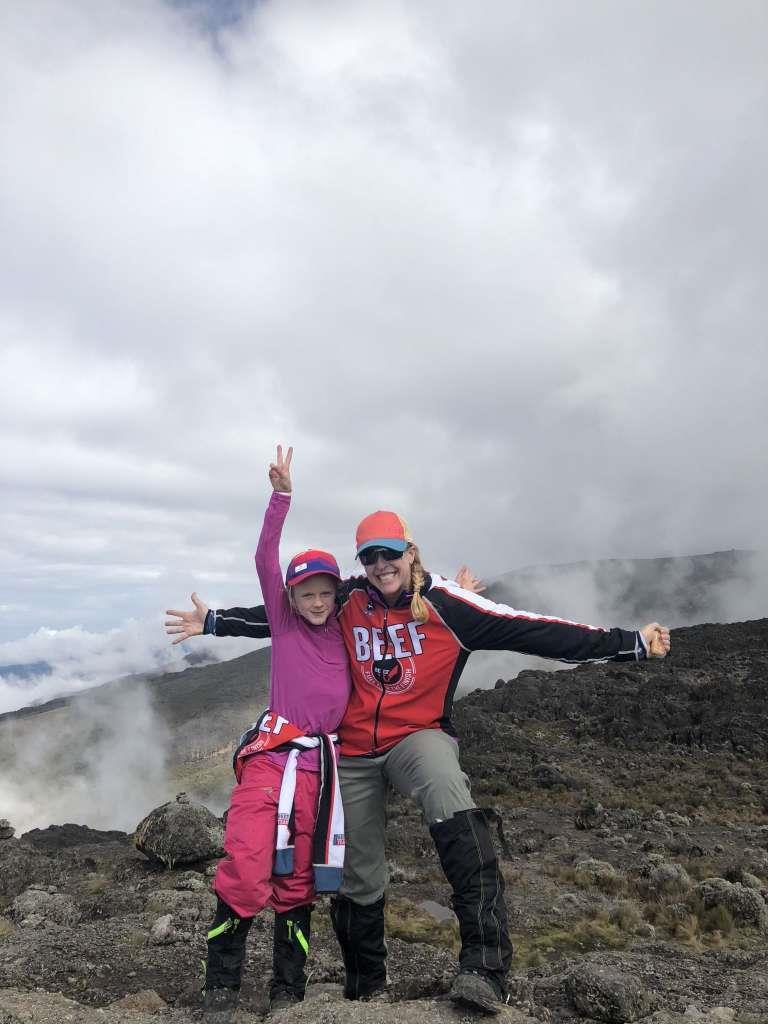 Montannah says that climbing Kilimanjaro- the tallest mountain of Africa is a lifetime experience for her and she hopes that she will not forget about the 6 days she spent climbing the mountain. She remembers everything and still write about it in her journal.