To figure out how a person feels about you, you don’t have to be straightforward and ask them right away. It’s enough to pay closer attention to the body language of this person. Their gestures can reveal a lot about them.

We delved into the articles of psychologists and found out what behavioral signs indicate that someone is not indifferent to you. At the same time, this doesn’t necessarily have to be about romantic feelings.

1. If a person tries to remove all the objects that are physically located between the 2 of you, they like you. 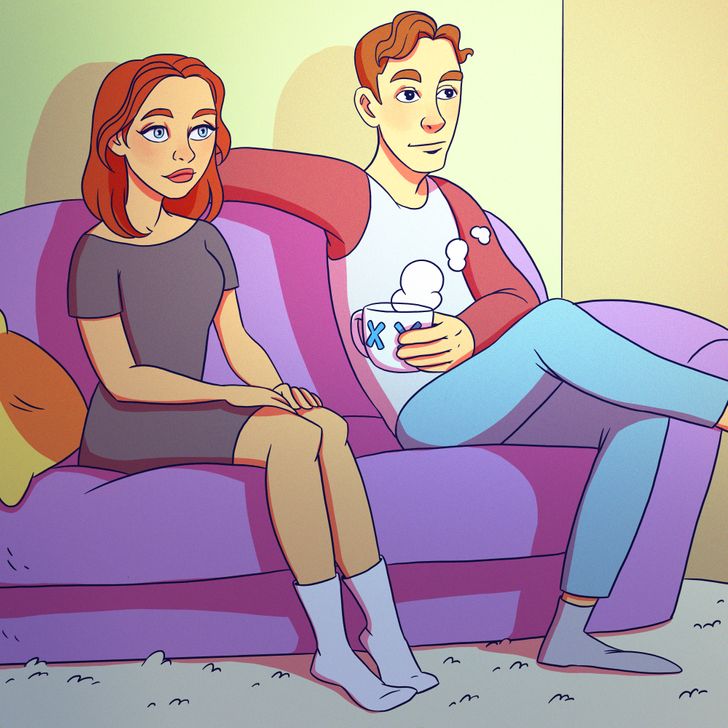 When we communicate with a person we like, we try to remove all the physical barriers between us. And it works the other way around. In this case, barriers can mean different objects like mugs, plates, bags, and pillows.

For example, if a person puts their glass between the 2 of you, there’s probably no romance or friendship in your relationship. Or, if a woman holds her bag in front of her when talking to a man, she most likely is not going to become any closer with him.

2. Personal space is sacred to every person. And people who get closer to us, want to be liked by us.

Subconsciously, people want to be physically closer to the people they like and keep their distance from those who they dislike. This pattern of behavior is connected to the urge to protect our personal territory from “predators,” which was common for people at the dawn of time.

Why Am I Always Bloated? 10 Reasons Your Belly Feels Swollen and Inflated

Why the Coronavirus Pandemic Is Triggering Eating Disorders, According to Psychologists

7 Ways to Get Rid of Bloating and Find Relief Fast

Can’t Stop Doomscrolling? These Apps Actually Get You to Unplug Before Bedtime

Learn how to Undertake the Japanese Method to Accepting Life’s Challenges, “Ukeireru”

7 Steps to Deal With a Child Who Talks Back, Like a Parenting Ninja