Images and photographs give us a whole new perspective of looking at things that are normal. Little things that we miss at the first glance, as seen in a whole new light in images. See these 12 images and let us know which one you found the most amazing.

1 Dark side of the moon

This might look like an asteroid in front of Earth, but in fact, it is our own moon. This is a pic taken from the back side of the moon, often referred to as the dark side of the moon. This picture shows that part of the moon which doesn’t receive sunlight during its rotation around Earth.

This foamy coast is on the shoreline of Sydney as the sea transformed foamy which engulfed the whole beach and nearby buildings. The foam was so light that people pulled it off by hands and watch it float away on the water.

Surfers are some of the fittest people in the world. They undergo some special training as they need to work on their breathing for most of times. One form of workout is carrying a 40-50 pound rock underwater and walking against the waves. This makes them ready to swim and paddle against the waves while surfing. 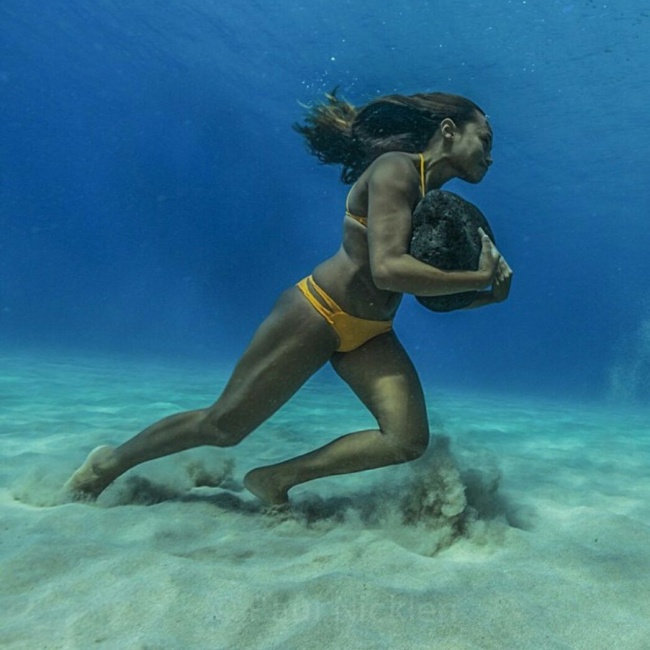 This little cutie is a black rhino that was born for the first time in 18 years at the Zürich Zoologischer Garten. These extremely rare species of rhinoceros are native to Botswana, Kenya, Malawi, Mozambique, Namibia, South Africa, Swaziland, Tanzania, Zambia, and Zimbabwe. It is a critically endangered species and three of its subspecies was declared extinct in 2011.

This stunning bonsai tree is located at Shunka-en and is probably 800 years old. It is owned by Kunio Kobayashi who is a three times winner of the Prime Ministers Award, the most prestigious price to be won in Japan.

This amazing photo shows all the blood vessels in our hand. It is amazing to see how many intricate things are present in our body that keeps us alive and moving.

8 When a gorilla is pissed

This photo was taken milliseconds before wildlife photographer Christophe Courteau was clobbered by a 30 stone gorilla in Rwanda. The 250kg mountain gorilla, named Akarevuro, charged at Courteau, after getting drunk from eating bamboo stems.

9 Inside of the ISS

This is the photo on the interiors of Cupola, an observatory module of the International Space Station (ISS). It allows the Expedition 42 crew members to see outside. It allows crew to operate one of the two robotic works stations by manipulating the huge robotic arms seen in the picture.

10 This contraption to save dogs

This device is known as a Halo and it also has wings. It is used to give blind canines the freedom to move around safely and to keep them from bumping into things. It comprises of a lightweight copper wire that enables the dogs to feel things before they bump into them. And the harness is built with comfortable padding and shaped like wings.

O=at the first look, many of you will see this as a diorama or a set. But in reality, it is a photo taken from a helicopter of a flooded land in Jeram Pardes in Malaysia.

These huge giants are the transmission towers for power lines. These were visualised by architects Choi + Shine and the structure won the 2010 Boston Society of Architects Unbuilt Architecture Award.