There was a time when Tom Cruise and Nicole Kidman was the hottest couple in Hollywood. There were very similar to the famous Brad-Angelina story of today. Although the couple eventually separated which shocked fans the world over, their relationship creates news even today. Want to know how did they meet and why did they separate? Well, here are 10 major facts about the Tom and Nicole relationship.

It was during the filming of Days of Thunder, that the couple met. Although Nicole was 5 years younger than Tom, they still got together and became one of the hottest couples of Hollywood.

2 The couple married a year after they met

Tom and Nicole were finally married after a year’s dating on Christmas Eve in 1990. Nicole was Cruise’s second wife, where the actor had been previously married to Mimi Rogers from 1987 to 1990.

The couple adopted a girl named Isabella Jane who was born in 1992 and a son, named Connor, who was born in 1995. They both doted on their kids. Unfortunately, Nicole had a miscarriage and the couple could not conceive their own biological children.

4 When Tom Joined the Church Of Scientology, It hated Nicole

Although, Nicole supported Tom’s decision of joining the Church of Scientology and eventually joined the religion, the church itself disliked her for never taking the practice seriously.

5 Nicole was reeling Under the Pressure of Tom’s Fame

While Nicole’s career was yet to take off, Tom was already enjoying a huge celebrity status, which somehow exerted an emotional pressure on Nicole, who found it hard to cope up, with this situation. According to Nicole, who was 23 when she married Tom, “I was a baby when I married Tom but I don’t regret any of it” 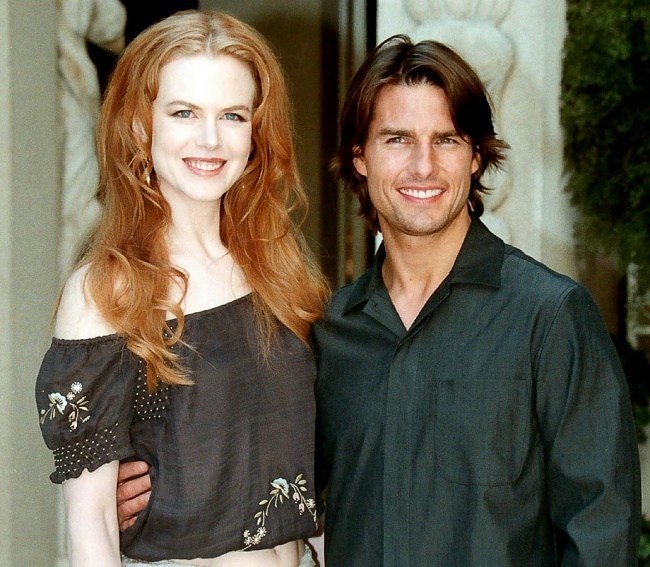 6 Nicole Was Devastated And Affected Badly By Their Divorce

The couple was married for nine long years and eleven months, but divorced after that in 2012.That was the end of the Tom and Nicole relationship. In an interview Nicole admitted the divorce took an emotional toll on her and the pain of the split took a long time to heal. Nicole also admitted that she had begged Tom not to leave.

The custody of both their children was awarded to Tom, after the divorce, but Nicole admitted that she never really got to see her children as often as she would have liked to. Eventually she resigned herself to seeing them rarely. A rumor spread that it was the members of the Church of Scientology that turned the children against their mother.

8 Nicole suffered from severe depression after the divorce

According to Nicole, the major reason for their divorce was their inability to conceive a child. Although, one part of her personality feared loneliness, another side of her felt it practical to agree to the divorce, however, she became severely depressed and aloof after the split. At the time of their divorce, speculation was ripe that the couple had split because of their flop movie Eyes Wide Shut.

9 The Church of Scientology spied on Nicole

It was stated that the head of the Church of Scientology, David Miscavige spied on Nicole during the tenure of their marriage. Miscavige had their phones tapped in hopes of retrieving information on Nicole that would influence a break-up of their marriage and end Tom and Nicole’s relationship. Now isn’t that weird? Apparently it was considered a rumor but who knows??

The couple met after 15 long years in January this year. It was Tom who called Nicole after the couple was affronted with a scare that their daughter Isabella was pregnant after her marriage to Max Parker last fall. The couple reunited for a dinner in London.